Bengaluru, the country’s fastest growing city and IT hub, is also home for 8.5 million people. The sedentary mechanical lifestyle of the people here has lead to an increase in obesity, heart problems and diabetes among other lifestyle related diseases. As a result, people are looking at organic products and healthy food alternatives such as millets to reduce their daily consumption of rice and wheat. At present, for organic products Bangalore is serving as the best market.

To tap into this consumer requirement and to promote organic and millet cultivation in the state, the Government has set up the Jaivik Krishik Society, a store solely dedicated for organic products, in Lal Bagh. With over 400 organic and health food stores situated all over the city, for the people of Bengaluru organic food is no longer a luxury, but a way of conscious and healthy eating. This shift in consumer behaviour has also given rise to an array of restaurants that serve only organic food mostly made with a variety of millets.

Availability of organic products, Bengaluru with Regional Federations for Marketing 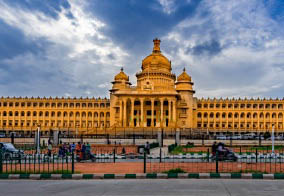 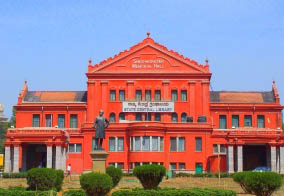 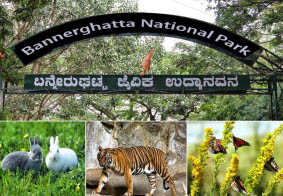 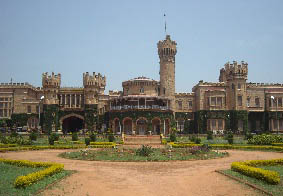 An imposing edifice housing the State Legislature and the Secretariat of Karnataka, this is one of the best known landmarks of Bengaluru. Built in granite, the building incorporates elements of Indo-saracenic and Dravidian styles.

Cubbon Park provides Bangaloreans with over 300 acres of sprawling greenery in the heart of the city. The park houses the State Library, an impressive, red Gothic structure and is dotted with fountains, statues, flowering trees and shady groves.

Located about 22 Kms south of Bengaluru city, it is one among the few places in the world where wilderness is preserved so close to a big city. It is having different units such as Zoo, Safari, Butterfly Park and Rescue Center (Conservation of captive animals).

The Bangalore Palace is one of the most favorite tourist attractions of Bengaluru. The palace was built by Rev. Garrett, the first principal of Central High School (now Central College), with a floor area of 45,000 sq. ft. Built to look like a smaller replica of the Windsor Castle in England, the palace and the grounds surrounding it are spread across 455 acres of area. 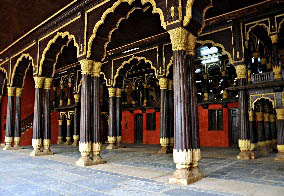 Construction of this magnificent palace was started by Hyder Ali and completed during the reign of Tipu Sultan. The palace has been built entirely with teak wood and has Indo-Islamic architecture. 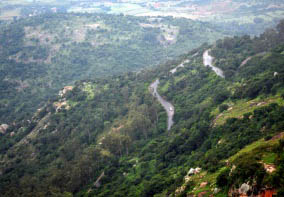 Nandi Hills located in Chikkaballapur district, 65 km from Bengaluru is a hill station and a picnic spot. Located at an elevation of 1,478 mt the place has a pleasant climate throughout the year and is a famous tourist spot in the summer. The temples around Nandi are very beautiful. 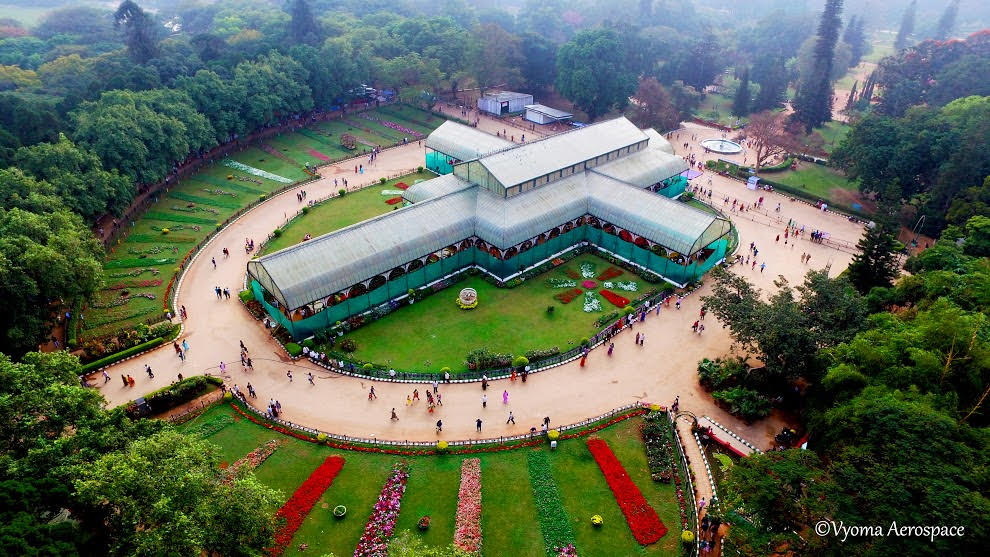 Take a stroll in this 240-acre park, which is home to India’s largest collection of rare tropical and sub-tropical plants, as well as many centuries-old trees. It contains one of Kempegowda’s watch towers, a surreal lawn surrounded by Snow White and The Seven Dwarfs, an ornamental clock, a beautiful lake, a topiary park, a charming wooden bandstand and a glasshouse modelled on London’s Crystal Palace. The Jaivik store in the park also sells organic products