National Millet & Organics Fair is here in Bangalore this weekend (28th April to 30th April) and we spoke to the Agriculture minister to understand what made him plan this, how will it help the farmer and us. Read the Interview with Krishna Byre Gowda to know more.

At one point of time, India was essentially a millet eating country. They were our staple food whether it is Jowar (Sorghum) of Karnataka & Maharashtra, bajra (pearl millet) in the north, Ragi (finger millet) in Andhra and Karnataka, Thinai (foxtail millet) from Tamil, sama ke chawal (banyard millet) used in the narvarti etc. They have been an important part of our existence and yet somewhere down the line we lost touch with millets and moved to a rice and wheat extensive diet. As a part of the green revolution and industrialisation of our food, we lost touch with our native grains. 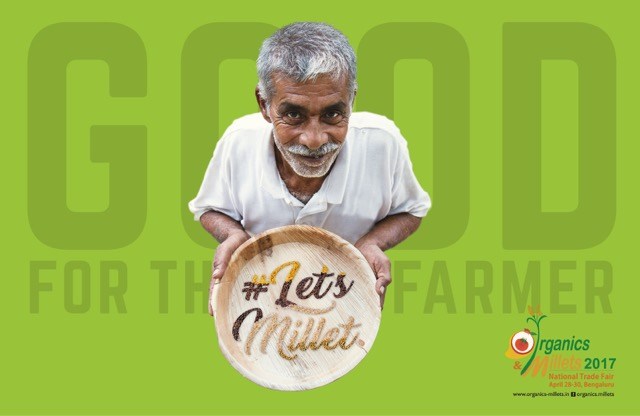 The Govt of Karnataka as a part of it’s campaign to promote cultivation of millets and bring them back in our lives is organising a National Millets and Organic fair at Palace grounds from April 28th – April 30th. Me and this humble blog is very proud to be collaborating with the govt on the same.

Last week, I met the Agriculture Minister of Karnataka over a breakfast of healthy millets at Taj Vivanta to discuss his ideas and plan for the future of millets and this fair in particular. Read on to now what he has to say. 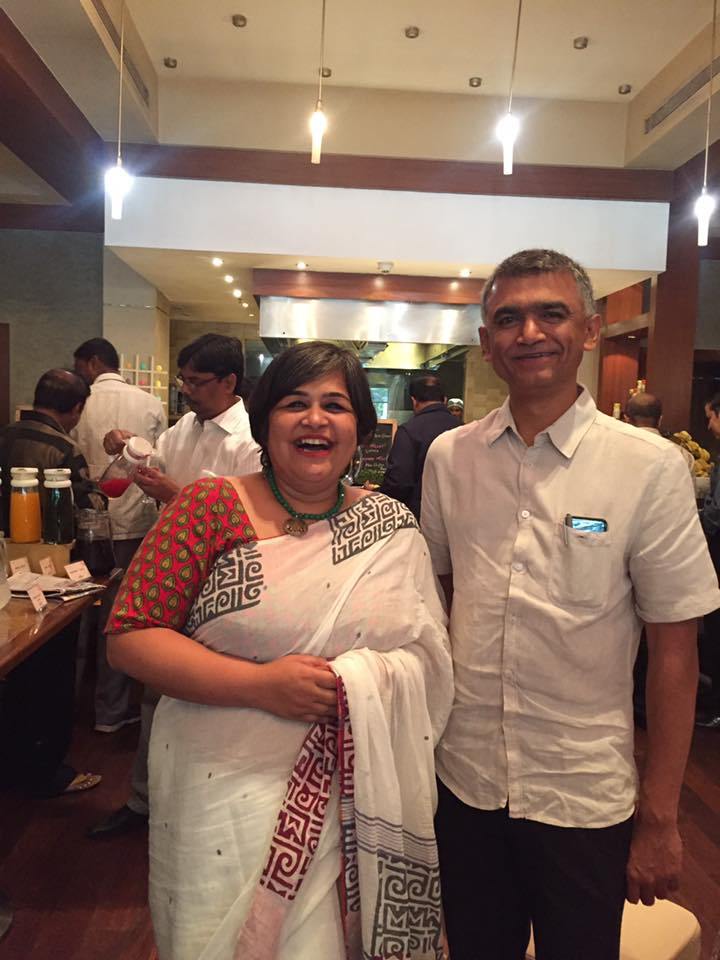 Question – How did you come up with the idea of a millet fair and why do you think it is important to promote millets?

KBG – I have grown up eating millets and though I am not a very emotional person, it was sad for me to see millets and our basic food vanishing slowly. About 4 years ago when I joined as the agriculture minister of Karnataka, I realised that the area of cultivation under millets has been reducing drastically over time. I though this needed to be fixed and we designed schemes to give incentives to farmers to grow more and more millets. But somewhere we realised that no amount of incentives is equal to a better crop price for the farmer and the only way to get a better price is to increase the consumption of millets. And that is why we started promoting millets. This millet fair is a final goal to our first step of millet promotions.

Ques – How will promoting millets change the agriculture cycle and conditions? The quality of soil? It’s effects on environment?

KBG – Though millet is more labour intensive crop, it is great for the environment. It uses 25% of water required to grow rice and in severely water deficient state like ours where we have intermittent draughts, it could go a long way. Millets also have the capability of growing with virtually no pesticides required and in a way they are inherently organic, adding to the goodness required to sustain. As far as sustainable agriculture goes, millets are the way to go. It is the call of the day.

Watch this video for more details

Ques – What benefits does the farmer have in this considering you do mention that it is labour intensive? Specially when millets don’t really fetch the best of the prices in the market?

KBG – Yes, millet’s don’t currently fetch the best price in market and more or less considered “poor man’s food” by certain people but I think the best thing we can do for the farmer growing millets is make people realise that millets aren’t just “poor man’s food”, they can be “rich’s man boon” from the imbalanced diet which has taken over our lives.

Ques – How has the market demand and adaption of millets been?

KBG – It has been much better than we thought, we see both individual people and restaurants and hotels adapting to millets with great fervour. Chef’s like Manu Chandra and Chef Selvaraj from Taj use millets in their menu regularly and this has encouraged more people to try and cook with millets at home.

Ques – Coming to organic part of the fair, we all now organic is healthier but currently organic can sometimes be really exorbitant. With people having doubts on whether organic is really fully pesticide free given the 3 years of “soil break” how do you justify it? Specially when there seems to be a huge gap between the price farmer is getting and the price consumer is paying?

KBG – The difference in the price is a problem that needs to be solved not just for organic produce but for all produce. We currently have farmers get sometimes as less as 10-15% of the retail cost. We are working with numerous bodies and collective forums, federations to reduce that gap and as a result we believe that both the farmer and the consumer will benefit from the same.

And as far as the soil break and trust is concerned. Yes there is a soil pesticide break required for a farmer to be certified “organic” but it is not a crop break. The farmer can still grow crop and sell it under the label of “under organic certification”. The process is very stringent and we see a lot of farmers very happy with it.

Ques – What are the future plans for the millet roadmap?

KBG – We have many plans after this fair. We want to take this whole campaign to the national level. Work on better prices and integration for the farmer. Have a better connect between the retailer and the farmer and then create standards and technology around millet cultivation which aids the farmer for a better produce. This project for us is for long haul.

It was a pleasure talking to him that and knowing that there are politicians in this country who care and know what they are doing. So people do go to the fair and support Govt and his efforts. 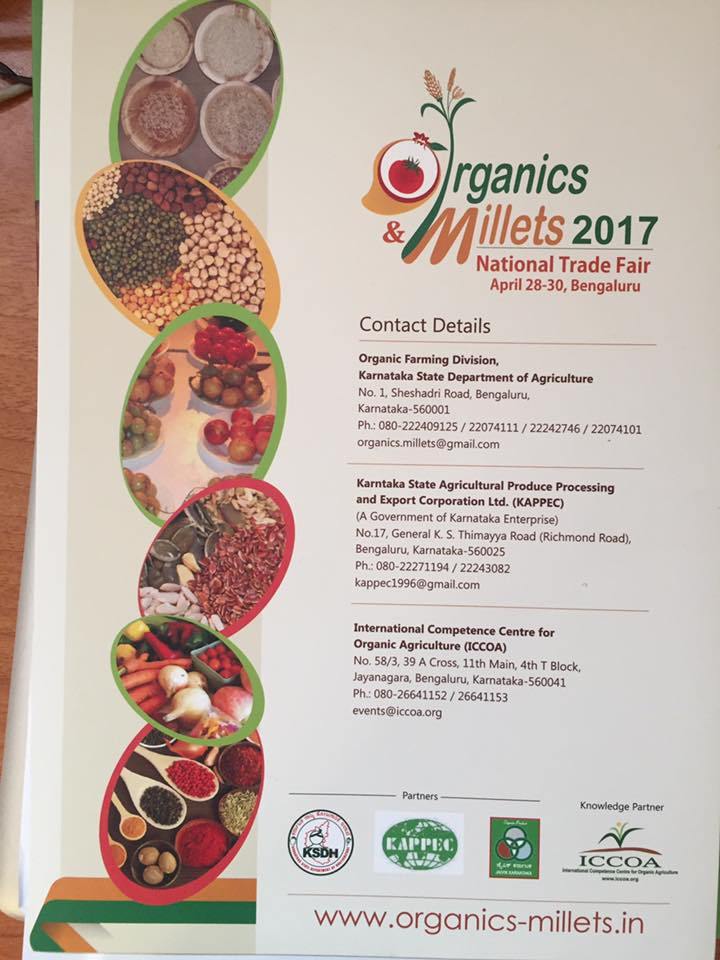 I am also doing some more stuff around millets. 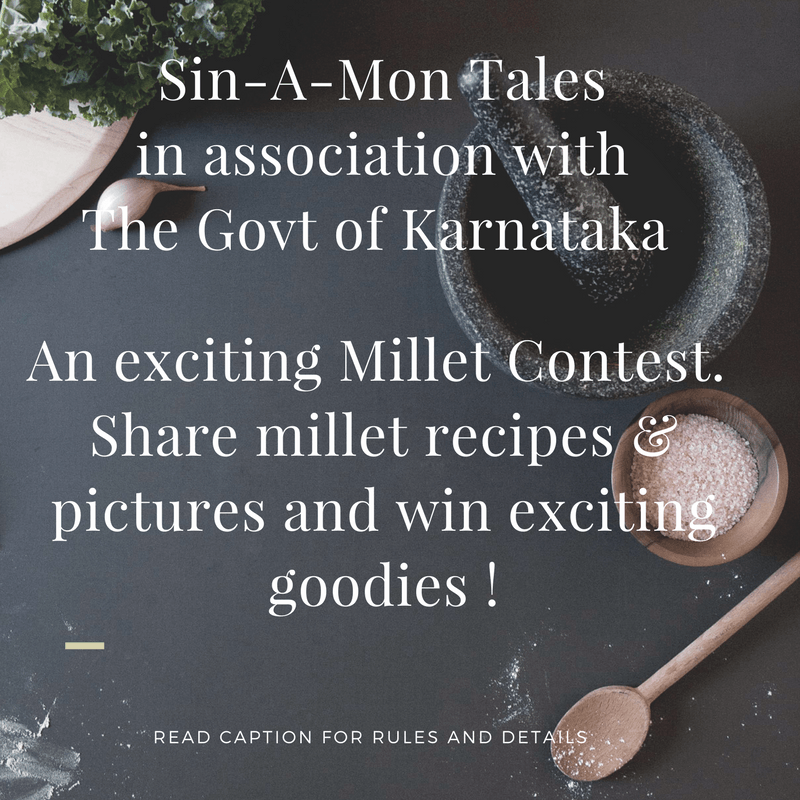 Here’s announcing an exciting contest that’s healthy for you too. The Millets Contest – all you need to do is –

And the Minister of Agriculture (Krishna Byre Gowda) and the Govt Of Karnataka will pick three lucky winners – who’ll win gift hampers and organic produce worth 2K Each!

What are you waiting for? Contest open until the 30th of April so get set going!